Back in 2013, the company Grinding Gear Games showed the world a game that even then broke all the stereotypes of the Action RPG genre, and continues to do this to this day. In the course of the article, I will describe the main gameplay features that distinguish this game from many similar ones, I'll tell you where to start newbies, and what is generally worth waiting for from Path of Exile. 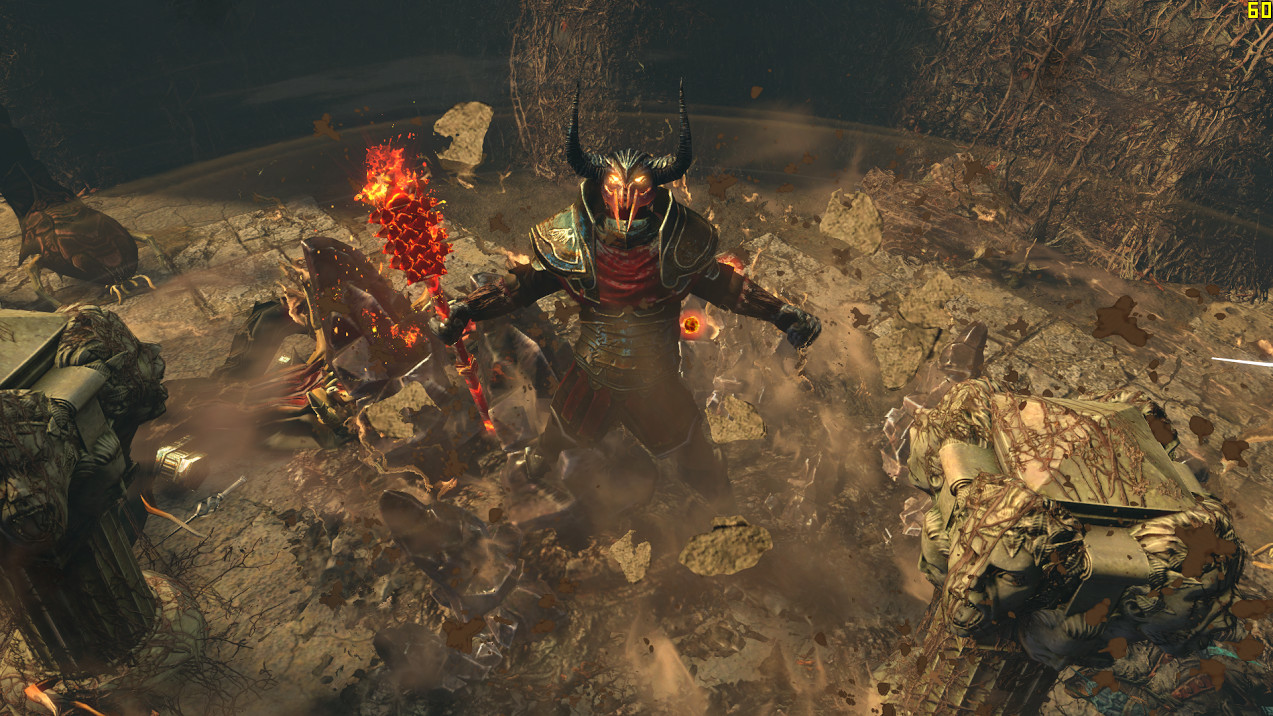 First you will hear the sea...

Indeed, after a simple, free registration, creating a hero, and clicking on the "Play" button, you will find yourself in the "Twilight Seashore" location, and from there you will begin to dive into the atmosphere and plot of the game. The name of the location fully justifies itself and literally with a stroke sends you into a dark and gloomy world. In the world of magic and steel, miracles and curses, impotent gods and all-powerful people. Into the world of exiles.

Having coped with the first impressions, having picked up the first weapon, you will boldly go to conquer a new world for you, looking forward to the first surprises. A few monsters fell dead, their death gave you confidence, but everything collapses when you get the first level. Without waiting for a dirty trick, you click on the button to select a skill, and there ...

Yes, it's a tree of skills. Yes, great. Now imagine the number of all sorts of skill sets. Presented? That's great, is not it? In fact, everything is not so scary. The skill tree of all the characters is the same, only the point with which you start your journey on it changes. That's why there are no restrictions and patterns in the development of the character. You can give the witch a huge two-handed hammer and lock it in heavy armor, or you can dress a savage in a sorcerer's robe and hand him a magic wand. It's not a fact that it will be effective, but it will definitely be fun. There is something else you need to know. The skills that you will use to fight evil spirits are inserted into the nests on armor and weapons and work closely with the choice of skills on the tree. It may seem complicated, and probably is so at first, but I'm sure you will understand. I, in turn, will tell you who will help you in this.

Surviving exiles you can find on the site of the game, where they willingly share the experience gained in traveling on Wraeclast. At the forum there are many topics where you will definitely find the answer to any question. Hundreds of all kinds of assemblies of characters, tested and debugged, gaming stores where you can buy the missing part of the equipment for the inside of the game currency, general recommendations for the game, and much more. Also, the source of knowledge can serve as a page on Wikipedia, dedicated to this game, and of course gaming chat. After the closure of Garena, a small but proud CIS community moved to EU-servers, and now little by little settles there. I mentioned this for a reason, because, having closed, Garena took all the material from the Russian-language Viki with her and until it is restored, it will be much easier for those who know English. In fairness, I must say that in the Russian language a lot of material, and even in the game itself, the great and mighty meets often.

Separately it is necessary to talk about barter, because in this game it is implemented very peculiarly and with it very well. You will not see the usual gold here, the currency in the game is the spheres with which you can interact with the characteristics of objects. There are quite a few of them, each of them fulfills its unique task, and, of course, the spheres also stand in different ways. Spend or earn a sphere You can help a chat room or a separate site dedicated to the inside of the game trade. It seems to me that such a trading scheme is not enough in other games of this type. Advanced gamers, I think, have repeatedly met with the situation when they dropped things that did not fit their character, and did not fall out suitable. In this game, there are no such problems: a warrior with a sword dropped a unique bow, a soldier sold this bow to a hunter, and bought a new sword for the proceeds. Trade in the form in which it is implemented in the Path of Exile is a powerful tool that helps in the development of the character, as well as in enjoying the game.

No matter how progressive the game is, no matter how many new unexpected solutions it has been realized, it remains absolutely canonical for many a favorite genre. Developers managed to keep what the new generation of gamers call hardcore, and those who grew up on Diablo II, Gothic, and Sacred will make a miserly nostalgic tear. Here you will find such native scrolls: blue and red. The first serves to create a portal to the city, the second - to identify the subject. Remember the Diablo Hell, going to the Ruthless World - his local counterpart, re-learn how to live the potions on your belt, again feel the joy of victory that you have been given really hard, and much, much more.

In the game it is, but there are no significant advantages. "If there is a donat, then it certainly introduces an imbalance!" - some will say, "Why should I pay, if for this I do not get anything ?!" - others will be indignant. Calm down! About everything in order. Indeed, in Path of Exile there is a store, the goods in which are bought for real money. Among them there is no armor, no weapons, no scrolls of world domination and outrageous power. In this store they trade in hiding places, modified models, but not characteristics, weapons and armor, animation of abilities and other visual delights. Yes, an additional cache box is convenient, but initially you are given as many as four cells, and you will be hammering them with really necessary things for a very long time. And by the time your chest is bursting with resources, you'll know for sure if the game is worth investing your blood into it or not.

I think many people are familiar with the situation when you spent a relatively short time, found all the things necessary for your character, reached the maximum level, and faced with the fact that the game can no longer offer you anything complicated. The endgame bosses flee from you in fear, those who did not manage to escape, crumble to ashes from one of your gaze, beginners worship you, old-timers ask to help with the build, and you are frankly bored and waiting for a new patch, hoping that he will bring in the game part of the leasing. Forget it. What to say about the complexity of endgame, even if reaching the hundredth level is not an easy task. In the game there is a system of fines for death, and take away not money, not the strength of objects, but a precious experience. Those who played in the second Diablo, I think, still remember this mechanic, and, I'm sure, still hate it. As for the content: the bosses in the game are really gnarly, and to deal with them, tactics are needed. In addition, the fight with the boss still need to be earned. Knock out the keys, having done a great way and having spent a lot of time, it is optimal to equip, pray, and only after that to engage in battle. Also worth mentioning about the leagues, which, in turn, are divided into two types. Confused? I'll try to unravel it back. The standard league is the one where the people play constantly, and periodically add content from the seasonal leagues. Seasonal leagues are the engine of progress. Each of them assumes the appearance of new game mechanics and within the gaming events. In both leagues there are two modes: softcore and hardcore. It is worth noting that, unlike analogues, Path of Exile does not take your character after his death in hardcore fashion, but sends it to the software along with the items and level.

The game definitely deserves a place in the top of the brethren, and the connoisseurs of the genre simply have to play it. I have not seen anything original in Action RPG format for a long time, and here it is! Free, complex, and very fun. Please pay more attention on U4GM news about Path of Exile guides and updates in advance. U4GM.com as one of the most professional online store which glad to share more Path of Exile News and cheap PoE items for sale with instant delivery.

Path of Exile: The Most Powerful Defense In This Game Is Movement

Path of Exile is available in free to play format on both PC and Xbox One. Since its staging in 2013, it has not stopped adding content and updates. If you actively follow the action / RPG Path of Exile, you probably know that the visual component of the project has already changed several times. The developers are not going to stop there. The PC build of the game gets updates around a month earlier than the Xbox build. More update and news, click for source.